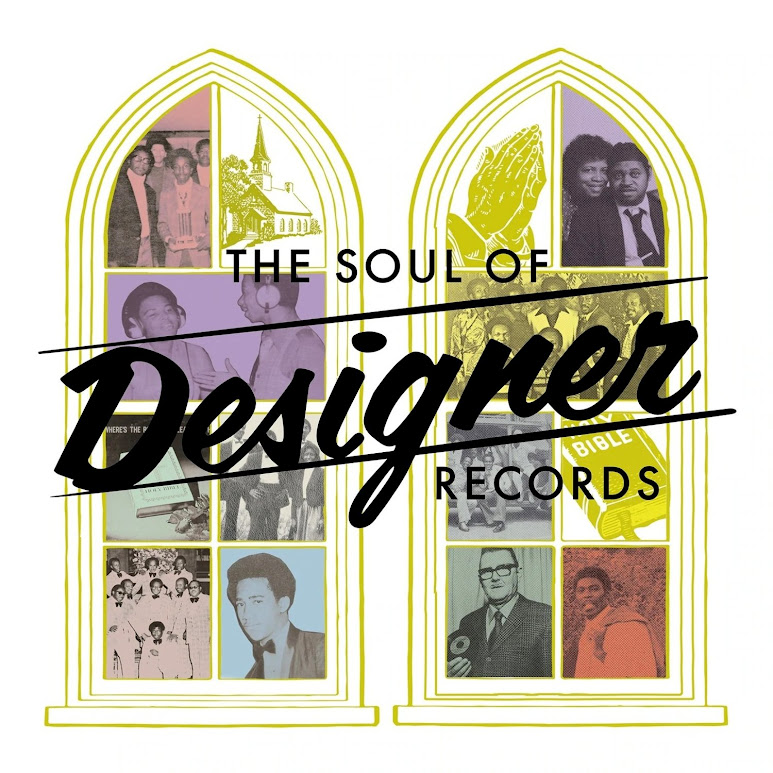 Chances are, you've never heard of Designer Records. One of many independent labels run on a little less than a shoestring in the 60's and 70's, Designer Records was one of the many imprints run by Style Wooten, a Memphis recordman who recruited new talent in classified ads in the back of local newspapers (this also happened to be how he found his wife). Wooten's rates ran low but he wasn't cheap. As long as the musicians had the cash, he took his time in the studio, coaxing the best possible performances out of his nonprofessional artists, which wasn't a particularly easy thing to do due to his own amateur status. He could play a little, but he left a lot of the actual recording up to Roland Janes, a former studio guitarist for Sun who had played with Billy Lee Riley and Jerry Lee Lewis before he departed to set up Sonic Studios in Memphis in 1962. Two years later, Style became a regular customer of Sonic, cutting a wide variety of artists -- country, rockabilly, soul, rock & roll -- and issuing them on a bewildering number of imprints, many of them named after cars. Wooten dedicated Designer Records to gospel. Many vocal harmony groups came through Memphis with the intent to perform live and they'd wind up recording while they were in town, waiting to release a single until the groups could afford to get a record pressed. Nobody involved ever expected that one of these records would turn into a hit, and none did. Often, the groups would sell several copies at live shows -- sometimes selling well enough to ensure a second single from Designer, but that was the only place they'd ever circulate. Over the years, collectors were drawn to Wooten's work and Designer in particular because there was a raw, vibrant authenticity to the records. Little was known of the musicians or Wooten himself -- in his series of excellent liner notes, Michael Hurtt's writes that Style's son Jason admitted that his father remains a mystery to him, but that hardly dilutes the impact of Big Legal Mess' four-disc 2014 box set The Soul of Designer Records. In a way, this mystery strengthens the music as it underscores that it was, in many ways, true folk music, performed, recorded, and sometimes written by musicians who simply had a compulsion to sing these songs. Hurtt details biographical information for as many of the groups as he can -- more than you'd expect, although the information is often sketchy -- but the common thread is this: these are groups raised in the church but whose material often was informed by contemporary soul (some of the latest tracks here even feature newfangled effects like phased guitars), so they sounded like they belonged to the present, not the past. Sometimes the group had a guitarist, sometimes they also had a bassist, but it was Janes' responsibility to fill out the arrangement, so he'd sometimes add some live-wire guitar to the proceedings. The focus was always on the groups whose joy in harmonizing was palpable. This kind of gospel music isn't made much anymore. It's all rural small groups who were determined to connect on the terms of the modern world, adapting to its rhythms and sometimes addressing its secular concerns. At times, this does mean the music is tied to its time -- music made on a budget usually reflects the limits of technology -- but that's what is exhilarating about The Soul of Designer Records. Some of the groups are exceptional, as are some of the songs, but what matters is the cumulative impact, how the four discs paint a picture of a thriving, distinctive regional scene. (AllMusic Review by Stephen Thomas Erlewine)

An amazing collection of lost, quality soul gospel songs. These CD's are mastered from old vinyls that were collected and recovered over a period of several years at Memphis area thrift shops (the masters from these songs have long since disappeared). The talent contained within these songs is astounding and are largely itinerant soul-gospel groups from the 1950's (I think) that traveled throughout the states surrounding Memphis etching out a living playing at local churches. If you're concerned about the sound quality, it is excellent (doesn't sound as if they were not derived from master recordings). I first became aware of this collection in the Wall Street Journal (of all places), which featured this collection in a large, favorable article. One quote from the article described the songs as "soul without the sex." All I know is that I'm wearing out these songs... (Amazon)

06 Melody Kings Of Greenwood If You Need The Lord Call Him 2:17

10 Sensational Family Singers Everyone Should Know Who Jesus Is 3:42

11 Songs Of Spiritual Of Albany We Are Climbing Jacob's Ladder 2:19

12 Songs Of Spiritual Of Albany It's Been A Long Journey 2:40

23 Laura Bradley & The Famous South Land Singers How Good God Has Been 3:05

24 Laura Bradley & The Famous South Land Singers How Far The Lord Brought Me 2:21

25 Jubilee Hummingbirds Stand By Me 2:58

26 Jubilee Hummingbirds Something Within Me 2:19

27 Silvertone Singers Of Wynne Go Back To God 2:01

01 Breckenridge Singers God Is Ruler From Above 3:12

10 Mighty Blytheville Aires It May Be Your Last 1:46

13 Harmonizers Of Newtown Just A Little While 2:40

16 Golden Travelers Too Close To Turn Around 3:21

18 George Shields And His Gospel Singers God's Word Will Never Pass Away 3:09

22 Gospel Consolators People Of The World Are So Easy To Forget 2:46

10 Canton Spirituals When The World's On Fire 3:01

12 Jackson Trumpeteers Clean Up Your Life 2:35

17 Mighty Gospel Eagles Of Greenwood How Bless You Are 2:35

02 Fantastic Gospel Travelers The Lord Will Make A Way 3:21

10 Spiritual Harmonizers Of Senatobia Why Am I Treated So Bad 2:40

16 Genessee Gospel Travelers Don't Blame It On The Children 3:24

18 Magnificent Soul Survivors Hold On To His Hand 3:26

22 Souls Of Solomon Of Buffalo Do Yourself A Favor 3:49

Posted by Butterboy at 3:07 PM