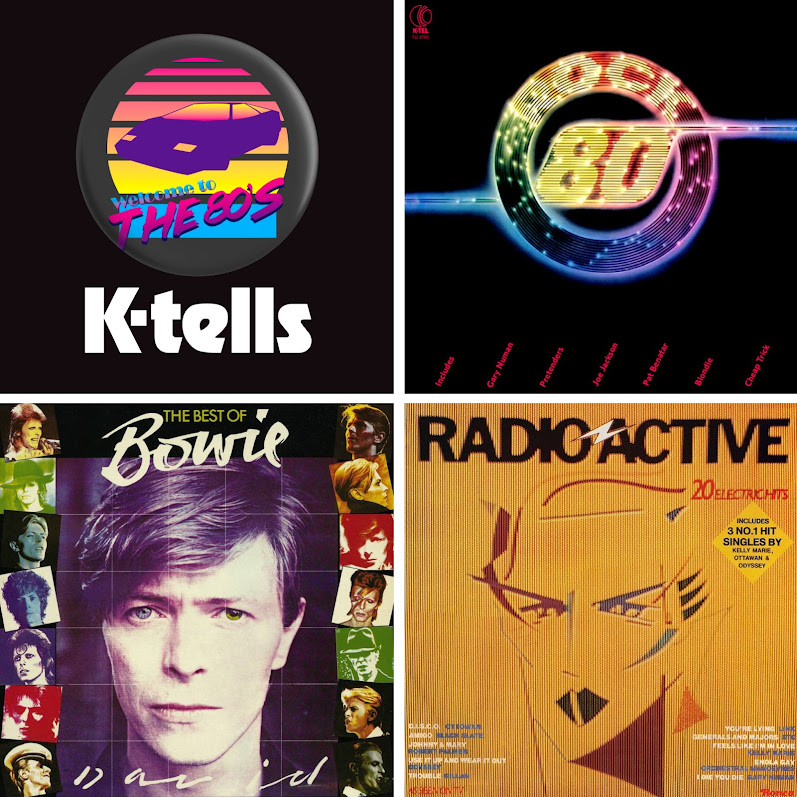 Three FANTASTIC albums all released in 1980.

VA - Rock 80 (K-tel TU 2780 US - TC 265 CAN) (2022 Remastered Expanded Edition) (1980)       Rock 80 was released by K-tel in the US and Canada in 1980.  They each had different track listings.  Highly regarded as being one of the best K-tel releases from this period, much treasured by K-tel fans, I have compiled this set to include the 22 very best song selections from both versions, creating a new running time of 79:55 CD length. The complete US 14 track edition, and 8 taken from the Canadian version.

A great collection that feels finely tuned to show off the diversity of new wave circa 1979-1980. Probably due to their inclusion here, these songs are imprinted on my musical barometer as the very best of their time. A collector's item to be sure, but if you can't get your hands on this vinyl it's worth it to build a playlist from your CD collection, individual download purchases or at iTunes.

A fantastic 80's compilation for the time period.

I purchased this record new from Two Guys back in 1980 and it introduced me to some great new music. It’s a phenomenal album!

I'd been buying K-tel albums for four years by 1980 and Rock 80 quickly became my favorite of the bunch. If you search for Rock 80 on the interwebs, you will come across dozens of similar stories, Rock 80 holds the number one spot in people's hearts. If this is your first time hearing about Rock 80, you are in luck as it's an amazing collection of tunes.

Wow, what can I say, this was the first record I ever bought. I lived in Athens GA, in 1980, and this was new wave for Georgia. I must say this though, 'Cars' by Gary Numan made quite the impression on me, as well as Blondie and the Knack, perhaps this is the crowning achievement in the K-tel catalog.

This album certainly brings back fond memories for me, as it was one of the first albums I ever purchased, and I wore it out. Just a great group of songs, and I can hear any one of them on the radio and I'm 14 again, living with my parents again jamming out in my bedroom.

This is the pinnacle of K-tel greatness. Released in 1980, this album introduced me to Pat Benatar, Blondie, the Ramones, Cheap Trick and Joe Jackson.

K-tel’s Rock 80 was the best K-tel album ever made. Willing to fight ya on this one!

David Bowie - The Best of Bowie (K-tel NE 1111 UK) (2021 Remastered Expanded Edition) (1980)       Now here's a real treat and rarity for all Bowie fans and collectors. The Best of Bowie is a compilation album by English singer-songwriter David Bowie, released in 1980 by K-tel. The cover was based on the 12-inch single sleeve design of Bowie's "Fashion". It made No. 3 in the UK Albums Chart.  In addition to including the rare 7" edits of "Fame" and "Golden Years", the compilation contains unique edits of "Life on Mars?" and "Diamond Dogs", ostensibly to allow all 16 tracks to fit on one LP. Early copies of the LP had a sticker on the back cover showing the track listing.

If the sticker was removed, the original track listing could be seen, showing "Drive-In Saturday" (from Aladdin Sane, 1973) as track 7 in place of the live version of "Breaking Glass", which explains the latter's appearance out of chronological sequence here.

The Best of Bowie (K-tel NE 1111), December 1980 (UK) . Initial French and UK pressings incorrectly mention 'Drive-In Saturday' on the sleeve instead of 'Breaking Glass', which explains the chronological misplacement of this live track from Stage. There also is a French mispress (K-tel BLP 81001/NS 4119) that lists 'Breaking Glass' on the sleeve but plays 'Drive-In Saturday' instead and on the B-side replaces 'Young Americans' with 'Beauty And The Beast' and 'Breaking Glass'. Released in a multitude of countries, the most common edition, released in the UK and many other countries, has 7'' single versions of Fame/Golden Years/TVC 15/"Heroes" and unique edits of 'Life on Mars?' and 'Diamond Dogs'.

A Radiospot promo cassette (K-tel RCM 2045) was distributed in The Netherlands, with a DJ announcing the tracks. This cassette erroneously features 'Sweet Thing' instead of 'Diamond Dogs'.

Like all K-tel releases this particular Bowie album has NEVER been released on CD. I have recompiled this compilation from scratch based on the original UK release in the correct chronological running order using the very latest, and highest quality digital remasters from the most recent super deluxe editions, albums and box sets, now including 8 additional bonus tracks from the various versions of the album from around the world.

19 Sue Wilkinson You Gotta Be a Hustler If You Wanna Get On 2:28

Posted by Butterboy at 2:59 AM