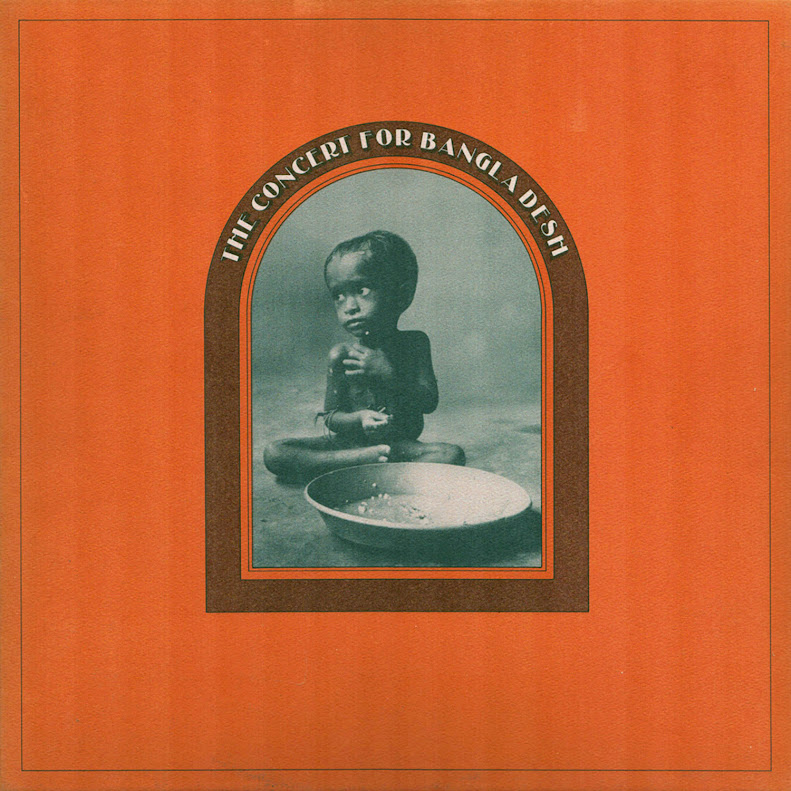 The Concert for Bangladesh (or Bangla Desh, as the country's name was originally spelt) was a pair of benefit concerts organised by former Beatles guitarist George Harrison and Indian sitar player Ravi Shankar. The shows were held at 2:30 and 8:00 pm on Sunday, 1 August 1971, at Madison Square Garden in New York City, to raise international awareness of, and fund relief for refugees from East Pakistan, following the Bangladesh Liberation War-related genocide. The concerts were followed by a bestselling live album, a boxed three-record set, and Apple Films' concert documentary, which opened in cinemas in the spring of 1972.  The event was the first-ever benefit of such a magnitude, and featured a supergroup of performers that included Harrison, fellow ex-Beatle Ringo Starr, Bob Dylan, Eric Clapton, Billy Preston, Leon Russell and the band Badfinger. In addition, Shankar and Ali Akbar Khan – both of whom had ancestral roots in Bangladesh – performed an opening set of Indian classical music. The concerts were attended by a total of 40,000 people, and the initial gate receipts raised close to $250,000 for Bangladesh relief, which was administered by UNICEF.

The band members who played there include many super stars of the 70's, including 3 former Beatles, Bob Dylan, Ravi Shankar, Leon Russell and a veritable dream team of musicians. Harrison was on top of his game, great sound recording.The money still goes to help them after all these years. I had it on vinyl when it first came out. (Wikipedia)

Posted by Butterboy at 8:02 AM