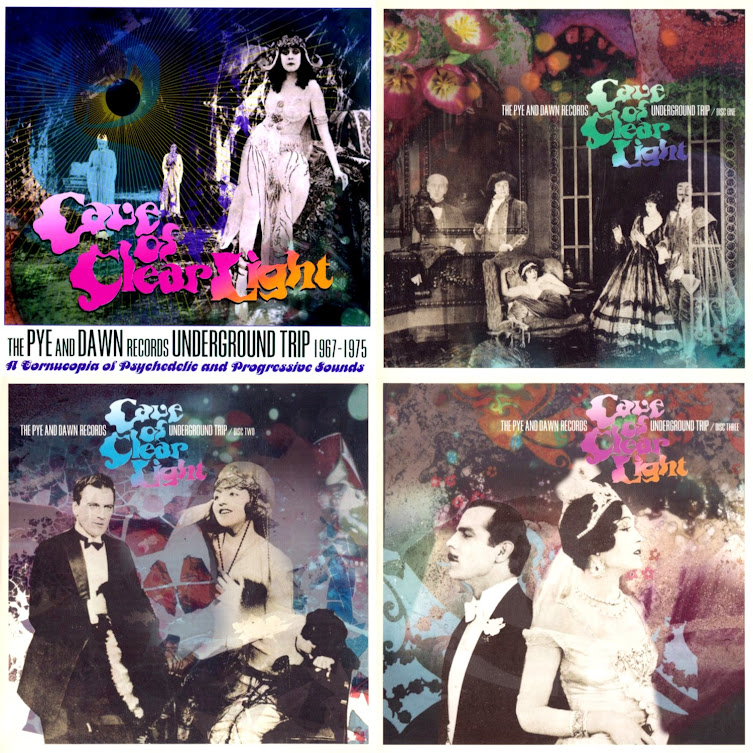 During the rise of the psychedelic underground on the British rock scene in the late ‘60s with bands like Traffic, Pink Floyd, the Nice, et al., the music industry scrambled to accommodate the new market created by these sounds. Their solution was the establishment of new imprints to specialize in the styles the longhairs of the day were pursuing; EMI's Harvest label -- home of Pink Floyd -- is a prime example. The Pye label, which had been through everything from skiffle to blues to Merseybeat, answered the call by inaugurating its own "hip" outlet, Dawn Records. This delicious three-disc collection -- with a well-appointed booklet -- chronicles the brief but bountiful Dawn years, from 1967 to 1975. Following Cave of Clear Light from beginning to end is like having an audio documentary of the way the underground music scene unfolded in England during the aforementioned era. Folk-rock and full-on paisley-patterned, canyons-of-your-mind psychedelia were the flavors of the day at the beginning, the latter represented most prominently by Pye's biggest breadwinner, Donovan, on the hits "Season of the Witch" and "Hurdy Gurdy Man," not to mention more esoteric but equally arresting outings like John Kongos' surreally Dylanesque "Confusions About a Goldfish." Psychedelically speaking, it's intriguing to discover the trippy beginnings of bands later known for heavier sounds -- this package's mind-bending title track comes from the Bystanders, who soon become known as Welsh axemeisters Man, while archetypal ‘70s boogie band Status Quo's psychedelic roots are laid bare on the heady, organ-drenched "Paradise Flat," and Episode Six's atmospheric, expansive take on "Morning Dew" offers few clues that their members would soon be found in Deep Purple. Of course, Cave of Clear Light follows psychedelia's evolution into progressive rock in the early to mid-‘70s as well, and even though prog outfits like Fruupp and Jonesy never made it to a King Crimson/Yes level of renown, they're no less worthy of attention, and the collection nicely fills in some historical gaps in this area. For anyone even vaguely interested in psychedelic or progressive rock (not to mention the styles' hardcore adherents), these three discs are a treasure trove of sweet sonic surprises. (Allmusic  Review by James Allen)

15 John Kongos Confusions About a Goldfish 4:14

Posted by Butterboy at 2:14 PM