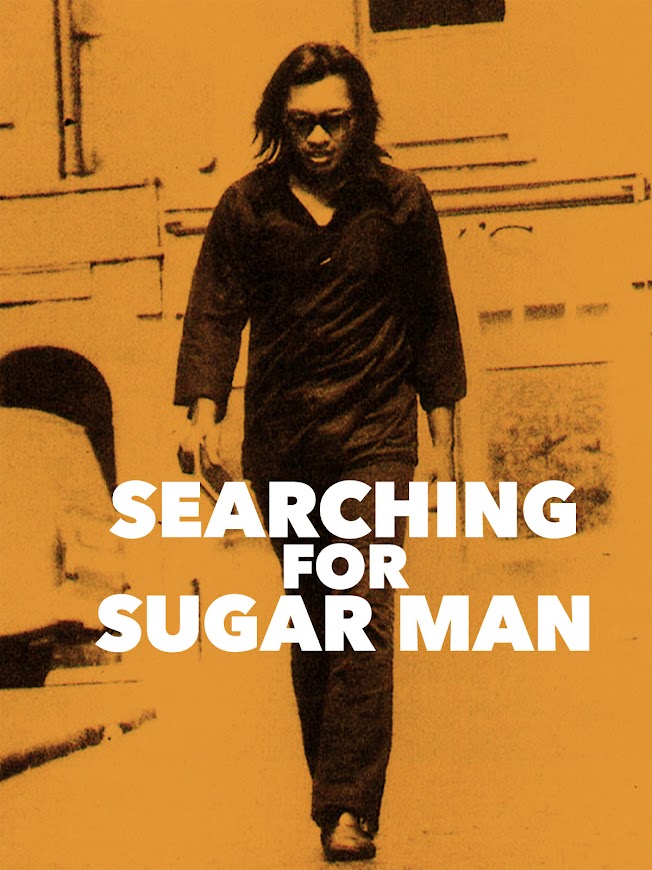 In the early 1970's, Sixto Rodriguez was a Detroit folksinger who had a short-lived recording career with only two well received but non-selling albums. Unknown to Rodriguez, his musical story continued in South Africa where he became a pop music icon and inspiration for generations. Long rumored there to be dead by suicide, a few fans in the 1990's decided to seek out the truth of their hero's fate. What follows is a bizarrely heartening story in which they found far more in their quest than they ever hoped, while a Detroit construction laborer discovered that his lost artistic dreams came true after all.

Searching for Sugar Man is a 2012 Swedish–British–Finnish documentary film about a South African cultural phenomenon, directed and written by Malik Bendjelloul, which details the efforts in the late 1990's of two Cape Town fans, Stephen "Sugar" Segerman and Craig Bartholomew Strydom, to find out whether the rumoured death of American musician Sixto Rodriguez was true and, if not, to discover what had become of him. Rodriguez's music, which had never achieved success in the United States, had become very popular in South Africa although little was known about him in that country.

The film's narrative of a South African story about an American musician omits that Rodriguez was successful in Australia in the 1970's and toured there in 1979 and 1981. South Africans were unaware of his Australian success due to the harsh censorship enacted by the apartheid regime coupled with international sanctions that made any communication with the outside world on the subject of banned artists virtually impossible.

Posted by Butterboy at 4:41 PM