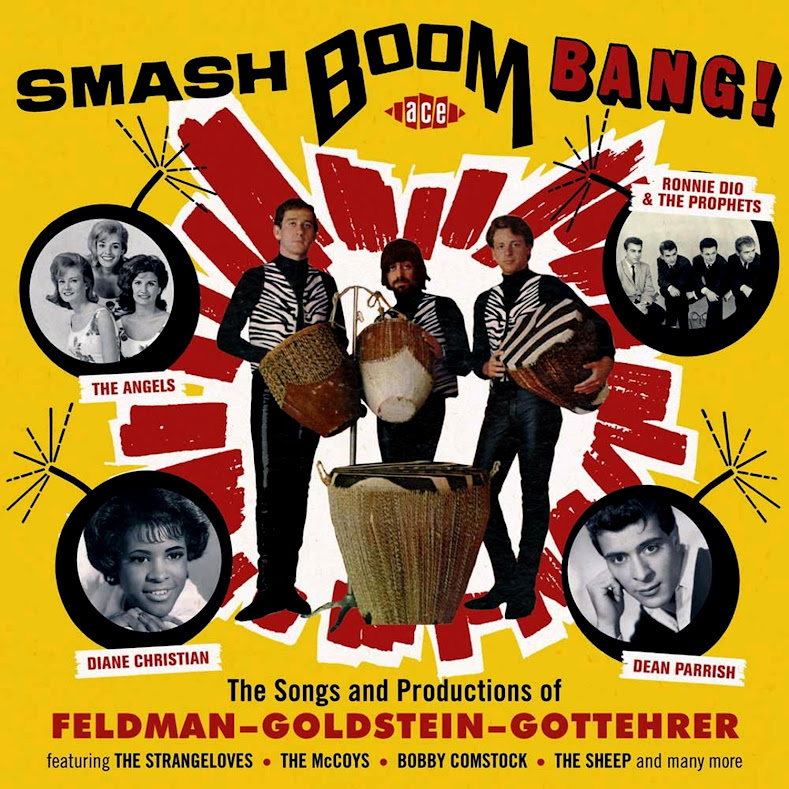 As a songwriting collective their surnames were never likely to trip off the tongue as smoothly as a Mann & Weil, a Goffin & King or even a Boyce & Hart. In fact, to the uninitiated, Feldman-Goldstein-Gottehrer sounded more like a high-powered law firm than three New York-based writer-producers who hit a winning streak with their highly stylised productions and artful songs in the mid-60s.  Together for a mere four years, Bob Feldman, Jerry Goldstein and Richard Gottehrer were mavericks, a trio of Jewish musketeers who never took themselves quite as seriously as some of their peers and seemed to have a lot of fun testing the limits as they made their way in the music business. And where others saw their careers stutter and stall in the wake of Beatlemania’s new frontiers, F-G-G rode the crest of the new wave as though they were part of it – which, to some extent, they were.

What really distinguished F-G-G was the hard-edged kinetic energy of their productions, whose bruising headlong thrust was propelled by the drummer (usually New York session pro Herb Lavelle) surrounded by a massed welter of percussion effects. Their work in the studio was also characterised by a keen sense of spatial awareness with lots of air and ambiance playing their part. Yet, for all this, the trio were just as easily capable of switching to the opposite extreme, penning tender soul ballads of blissful sophistication such as ‘The Drifter’ (recorded by Ray Pollard in 1965) and ‘Giving Up On Love’ (a hit for Jerry Butler in 1964).  Best of all, they had few pretensions. Where Mann & Weil saw themselves as potential heirs to the great Broadway writers, harbouring, as did many of their peers, ambitions of breaking into legitimate musical theatre, F-G-G owed more to Chuck Berry, Bo Diddley and Jerry Lee Lewis than to George Gershwin or Frank Loesser. The trio hit their stride in the mid-60s with a varied portfolio that included the #1s ‘Hang On Sloopy’ by the McCoys and ‘My Boyfriend’s Back’ by the Angels - and several chartmakers by the Strangeloves, the selfsame threesome masquerading as a rock band. Initially, they specialised in girl groups – some real, some fabricated – and applied their distinctive touch to every one before moving into the rock field.

“Smash, Boom, Bang!” is exciting stuff from end to end, much of it new to CD and all held together by the distinctive F-G-G production imprimatur. This collection comes to you with the full co-operation and involvement of Feldman, Goldstein and Gottehrer themselves and comes with a sumptuous 28-page booklet packed with rare memorabilia. (ACE)

Posted by Butterboy at 1:49 PM