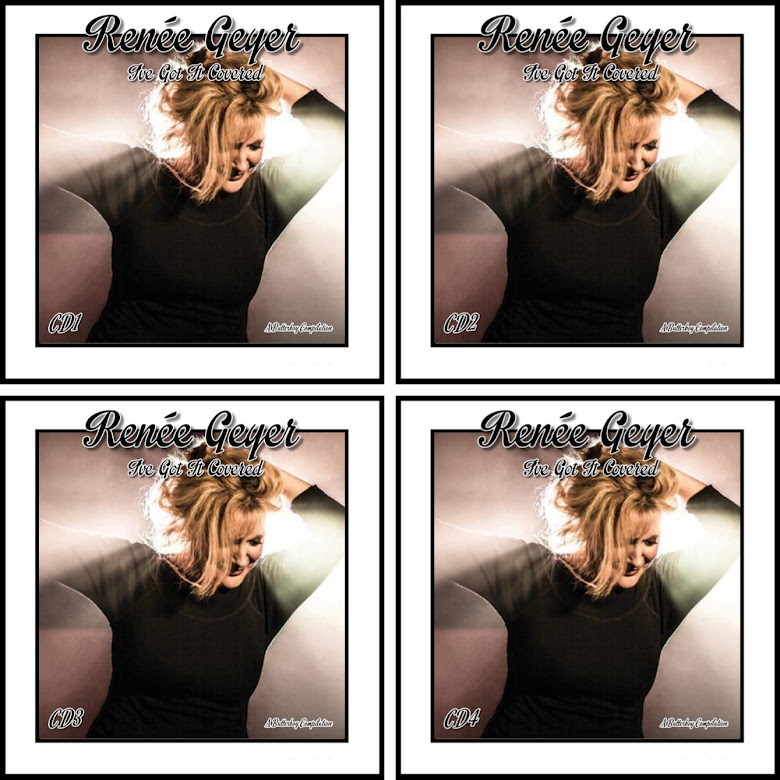 Renée Rebecca Geyer (born 11 September 1953) is an Australian singer who has long been regarded as one of the finest exponents of jazz, soul and R&B idioms. She had commercial success as a solo artist in Australia, with "It's a Man's Man's World", "Heading in the Right Direction" and "Stares and Whispers" in the 1970's and "Say I Love You" in the 1980's. Geyer has also been an internationally respected and sought-after backing vocalist, whose session credits include work with Sting, Chaka Khan, Toni Childs and Joe Cocker.

In 2000, her autobiography, Confessions of a Difficult Woman, co-written with music journalist Ed Nimmervoll, was published. In her candid book, Geyer detailed her drug addictions, sex life and career in music. She described herself as "a white Hungarian Jew from Australia sounding like a 65-year-old black man from Alabama". She spent more than ten years based in the United States but had little chart success there under her own name, yet contributing to releases by Neil Diamond, Men at Work, Sting, Trouble Funk and many others. Geyer returned to Australia in the mid-1990's and her career has continued into the 21st century with her 2003 album, Tenderland, which peaked at #11 on the ARIA albums charts.

Rock historian Ian McFarlane described her as having a "rich, soulful, passionate and husky vocal delivery". Geyer's iconic status in the Australian music industry was recognized when she was inducted into the ARIA Hall of Fame on 14 July 2005. (Wikipedia)

She is one of Australia’s best voices. A career spanning nearly 50 years, where she has never compromised or become part of the music machine. A woman that encompasses strength and vulnerability through her deep soul voice. She has recorded fifteen studio albums since her solo debut in 1973. Her catalogue remains overlooked, and deserves to be revisited and cherished. Geyer was prolific in the seventies, though her nineties work is exceptional. “Foggy Highway” is one her greatest performances – the song is akin to The Triffids “Wide Open Road” – where Geyer encapsulates the loneliness of being lost with your thoughts on the Australian road – delivered with such intensity and meaning. (yourmusicradar.com)

Her ability to take a song and make it her own is a gift to all of us who have had the chance to see or hear her in action.

Her work is sorely underrated IMO . She is an great interpreter and soulful singer. Everything she sings is rewarding.  From the opening track to the last, her magical voice is undeniable. A great soul, blues and jazz singer.

Find here 80 cover versions of songs that she has recorded in her career so far. Renée Geyer is a phenomenal singer, and her music has touched hearts. Her jazz, soul, and R & B music is very lovable, and she has millions of fans around the globe.

02 Renée Geyer If Only You Believe (Gayle Mccormick) 2:43

17 Renée Geyer Once In A Lifetime Thing (Jim Weatherly) 3:33

19 Renée Geyer Since I Fell For You (Buddy Johnson And His Orchestra, Vocal Chorus By Ella Johnson) 3:42

20 Renée Geyer Take Me Where You Took Me Last Night (Genie Brown) 3:53

Posted by Butterboy at 7:04 AM