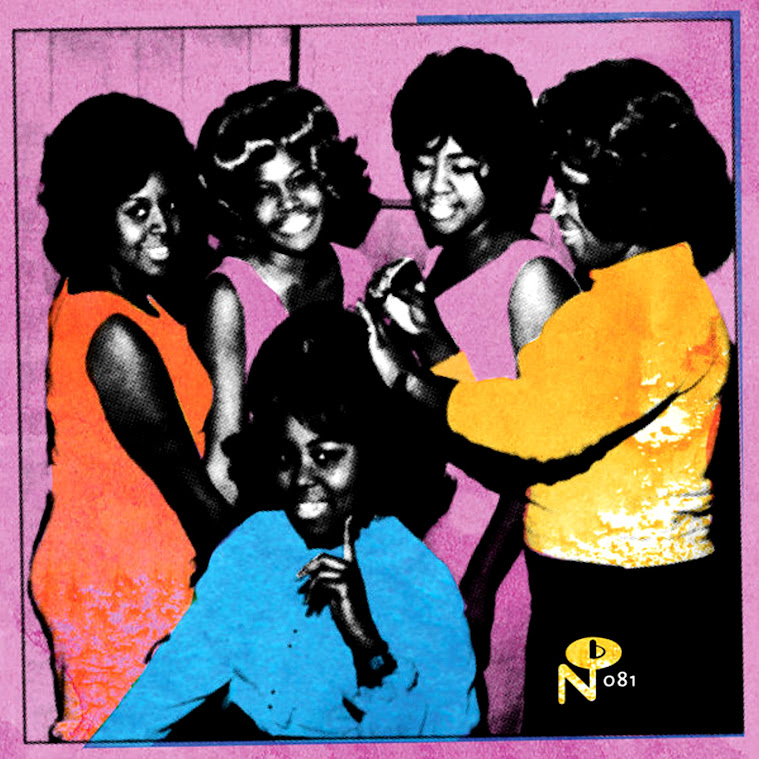 For a brief moment in the mid-20th century, Norfolk, Virginia was the center of a musical universe led by Noah Biggs. The freewheeling wanderer originally came to the city at the height of the Great Depression in search of a job in the shipping industry, and eventually found work as a longshoreman with one of the area’s thriving shipyards. With a passion for gambling that fueled his interest in entrepreneurship, Biggs placed his bets on the record industry, incidentally, starting one of the few great labels to ever emerge from the area. Shiptown Records was Norfolk’s answer to Motown, a commercial outlet for the loose network of soul and R&B musicians who made a living performing in the area’s nightclubs. A new compilation from the Numero Group, Eccentric Soul: The Shiptown Label, offers a window into the imprint and into the era’s strange and exciting landscape, showcasing its importance without over speaking on the music’s behalf.

Shiptown established an image and brand identity for the “Norfolk Sound,” a regional style of soul music that supposedly inspired the Beatles and found new life as part of England’s “Northern Soul” movement. The label also benefited from the steady influx of people (and capital) moving through the city during the 1950s and 1960s, thanks to its booming shipyards and navy base. Frank Guida, a local record executive who owned the shop and studio where much of the “Norfolk Sound” was first recorded, helped build out the infrastructure of the scene through a successful suite of labels and artists, like vocalist Gary “U.S.” Bonds, who released a handful of singles that spent multiple weeks on the Billboard charts. There was also a certain continuity between the sounds of coastal Virginia and other Black diasporas abroad, as acts like Jimmy Soul borrowed ideas from the calypso records coming to Norfolk from the Caribbean. Meanwhile, the saxophonist Gene Barge’s style seemed to channel the influence of the big band ensembles present throughout his time in the U.S. military, providing backing instrumentation for an entire roster of musicians beyond Shiptown, on labels including Chess and Stax Records. Eccentric Soul: The Shiptown Label brings these influences together, connecting the spirit of the region with the broader sounds of the 1960s.

Ida Sands, a vocalist and member of the Soul Duo and the Idets, became one of Shiptown’s biggest stars. Her solo track “Start All Over Again” appears around halfway through this compilation, reverberating like a triumphant firecracker explosion from the golden age of Phil Spector’s wall of sound. With brash horns, thick guitars, and a fuzzy, lo-fi warmth, the 1969 single feels like a clear standout, the kind of perfect pop single that crate-diggers spend their entire lives looking for—even as it’s conspicuously buried by the album’s sequencing. Sands eventually married founder Noah Biggs, pushing her group the Idets closer to the label. Her bandmate Barbara Stant would become another breakout star for Shiptown, as well as its most prolific recording artist. With their support, Stant released a variety of singles, including “Baby I Love You/I'm Going to Outfit You Baby,” “My Mind Holds onto Yesterday,” and “Unsatisfied Woman,” all of which appear on this compilation. The latter is a sparse, downtempo standout with all of the pain and heartbreak of an Etta James song. Over soft guitar tones, Wurlitzer chords, and steady drums, Stant sings about the humiliation and debasement of investing time and energy in a relationship that’s fated to fall apart. It’s an agonizing entry into a catalog of inarguably sublime breakup songs, one that transcends regional and temporal boundaries to tap into something timeless.

The entire album is filled with similar moments of transcendence, where passion, grief, and joy become more than the sum of their circumstances. With its warm, slightly detuned horns, Wilson Williams’ “I Got a Lot to be Thankful For” is glorious and sure to be sampled by rappers for years to come. For all the incredible blogs, websites, documentaries, and local archives dedicated to preserving the depth of this historical period, nothing compares to musical moments like these.

To listen to the compilation is to bear witness to just how circumstantial the canonical histories of Motown, Stax, Chess, and other mid-century soul labels really are, despite the obvious quality of their catalogs. Shiptown will never be Motown, but it feels equally representative of that particular time and environment in pop music and Virginia, in part because it echoes Motown’s orientation to the political and economic climate of the 1960s. By welcoming listeners into the formation of a minor history—with all of its theaters, streets, neighborhoods, and diasporic influence—Numero gives us something more than the immediate satisfaction of even the best recorded music. It provides a snapshot of unfinished, imprecise histories for an audience eager to participate in the archival process. (pitchfork.com)

06 Barbara Stant Shadow In Your Footsteps 2:54

10 Nat Fross Too Many Skeletons In The Closet 2:36

14 Wilson Williams I Got A Whole Lot To Be Thankful For 4:21

25 Art Ensley & The Fabulous Echoes Band Open The Door To Your Heart 2:28

Posted by Butterboy at 7:02 AM