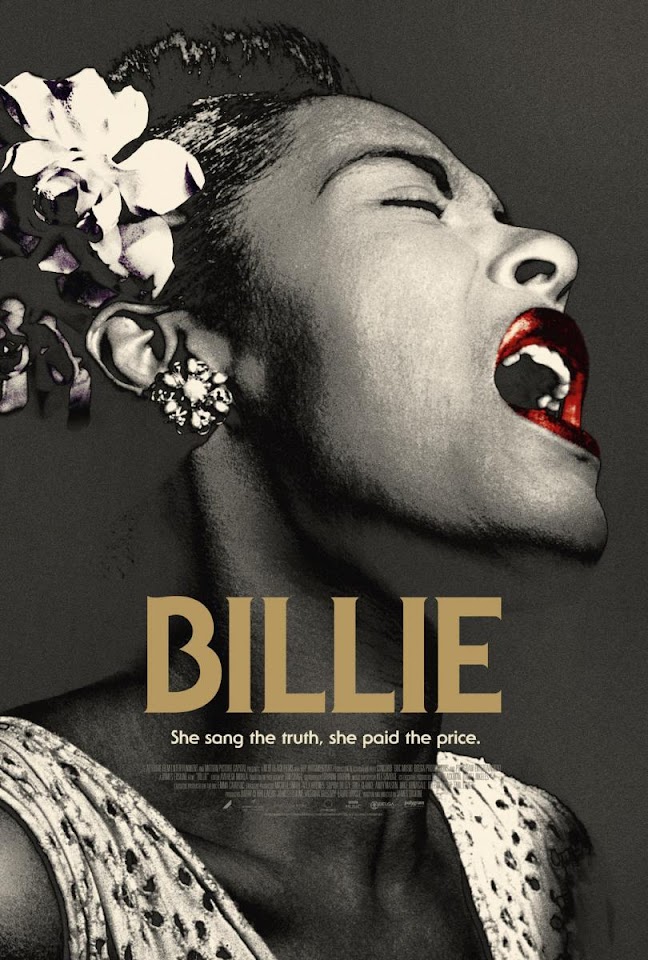 Billie is a 2019 documentary film about Billie Holiday, written and directed by James Erskine. The film is based around interviews recorded on audio cassettes through the 1970's by Linda Lipnack Kuehl, researching a book on Holiday that was never completed. Kuehl's interviews were with friends, family members, band members, peers from 1930's Harlem, piano players, psychiatrists and a pimp. The film premiered at the Telluride Film Festival in September 2019.

In 1971, journalist Linda Lipnack Kuehl set out to write the definitive biography of Billie Holiday. Over 8 years, she tracked down and tape-recorded over 200 hours of interviews with the extraordinary characters that populated the iconic singer's short, tumultuous life. However, Linda's book was never finished and the tapes never heard, until now. A rich and engaging portrait of the famed musician, Billie puts a spotlight on a story that goes beyond the conventional artist profile. (Amazon)

Posted by Butterboy at 6:04 PM