MUSIC DOCUMENTARY #25 Summer Of Soul ...Or When The Revolution Could Not Be Televised MP4 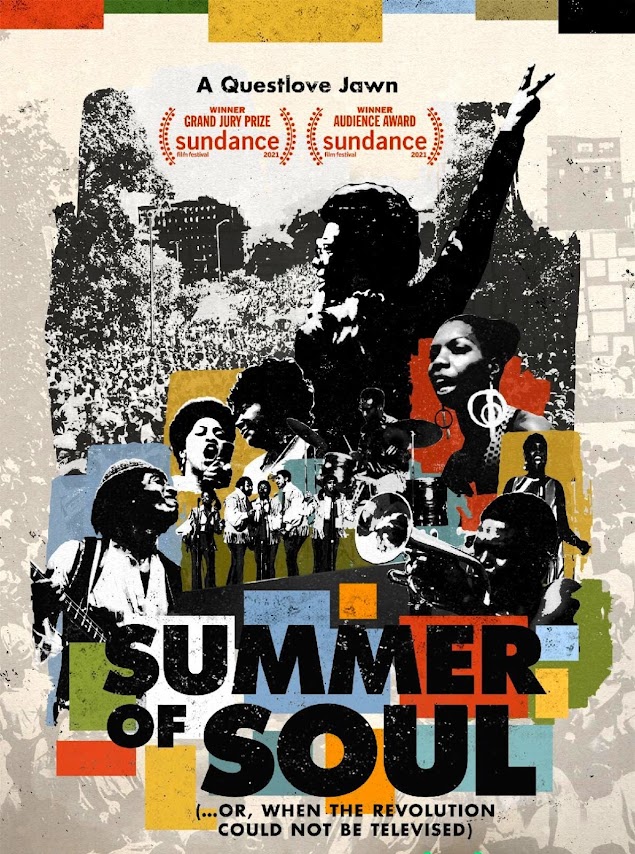 Summer Of Soul ...Or When The Revolution Could Not Be Televised  MP4

Summer of Soul (...Or, When the Revolution Could Not Be Televised) is an American documentary film directed by Ahmir "Questlove" Thompson about the 1969 Harlem Cultural Festival. It had its world premiere at the 2021 Sundance Film Festival on January 28, 2021 and had a limited theatrical release in the United States on June 25, 2021, before expanding on July 2, 2021 theatrically by Searchlight Pictures and digitally via Hulu. It received acclaim from critics, with praise aimed at the footage restoration.

The documentary examines the 1969 Harlem Cultural Festival, which was held at Mount Morris Park (now Marcus Garvey Park) in Harlem and lasted for six weeks. Despite having a large attendance and performers such as Stevie Wonder, Mahalia Jackson, Nina Simone, The 5th Dimension, The Staple Singers, Gladys Knight & the Pips, and Sly and the Family Stone, the festival was seen as obscure in pop culture, something that the documentarians investigate. (Wikipedia)

Posted by Butterboy at 4:36 PM