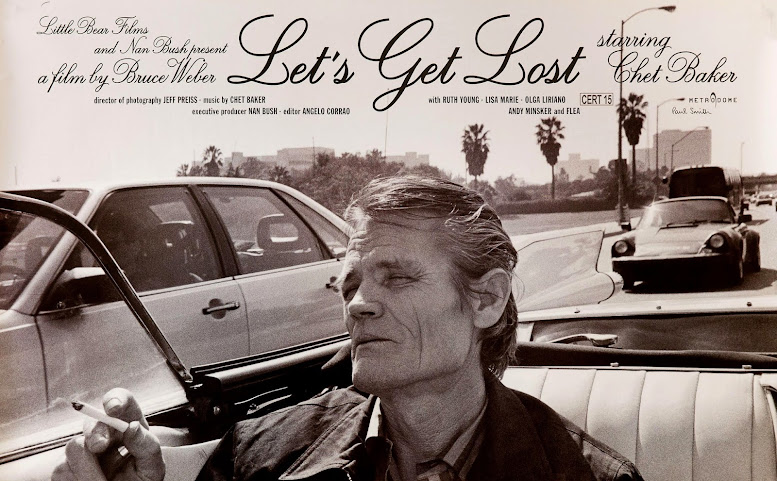 Let's Get Lost is a 1988 American documentary film about the turbulent life and career of jazz trumpeter Chet Baker written and directed by Bruce Weber. The title is derived from the song "Let's Get Lost" by Jimmy McHugh and Frank Loesser from the 1943 film Happy Go Lucky, which Baker recorded for Pacific Records.

A group of Baker fans, ranging from ex-associates to ex-wives and children, talk about the man. Weber's film traces the man's career from the 1950's, playing with jazz greats like Charlie Parker, Gerry Mulligan, and Russ Freeman, to the 1980's, when his heroin addiction and domestic indifference kept him in Europe. By juxtaposing these two decades, Weber presents a sharp contrast between the younger, handsome Baker — the statuesque idol who resembled a mix of James Dean and Jack Kerouac — to what he became, “a seamy looking drugstore cowboy-cum-derelict”, as J. Hoberman put it in his Village Voice review.

Let's Get Lost begins near the end of Baker's life, on the beaches of Santa Monica, and ends at the Cannes Film Festival. Weber uses these moments in the present as bookends to the historic footage contained in the bulk of the film. The documentation ranges from vintage photographs by William Claxton in 1953 to appearances on The Steve Allen Show and kitschy, low budget Italian films Baker did for quick money. (Amazon)

A great artist is one whose talent grew just as much at the end of his career as at the beginning. At the end of a life of unparalleled mental and physical debauchery Chet Baker created music with everything he had left in him and nothing less. His tempo is incredibly slow and the music laid back so far you almost think he's going to sleep. But that's the point, the art that he had all of his life, the amazing tightrope that he walked with his timing. He combined his sense of time and rhythm with an old man's embouchure and voice and made some of the best music of his career.

Posted by Butterboy at 6:01 PM