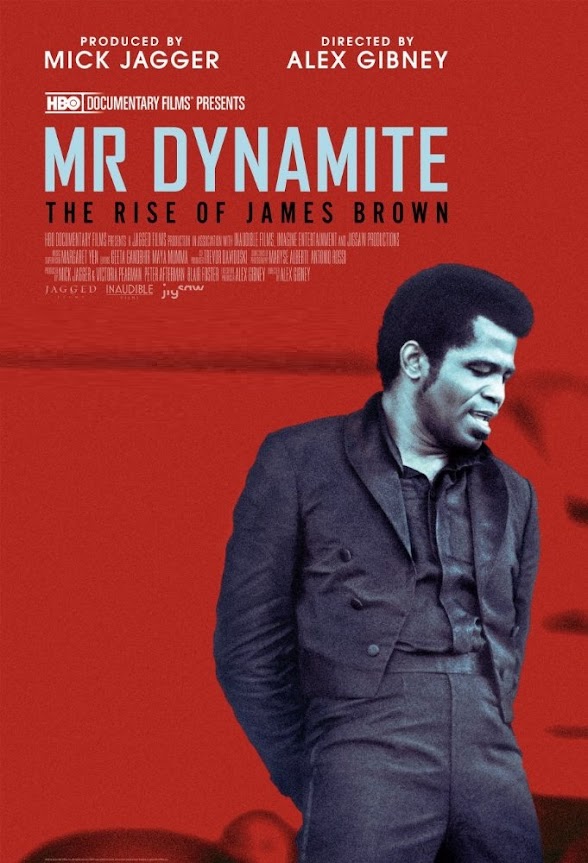 Mr. Dynamite: The Rise Of James Brown digs into the career of one of music and culture's towering figures. This Award-winning documentary film is filled with exclusive bonus features, including feature-length roundtable commentary, extended interviews with original James Brown Revue members and others, the acclaimed music video for "It's A Man's Man's Man's World," and two classic James Brown Soul Train television performances, one of which is an unrehearsed blues romp with Brown's idols B.B. King and Bobby "Blue" Bland, which has not been seen since its original 1975 airing. Using fresh interviews with James Brown band members and contemporaries, extraordinary historical interview footage, and rare archival performances of such Brown classics as "Papa's Got A Brand New Bag," "I Got You (I Feel Good)," "Out Of Sight," "Please Please Please," "Soul Power," "Sex Machine," "It's A Man's Man's Man's World," "Cold Sweat," and more, the feature-length documentary was made with the cooperation of the Brown Estate, which opened its archives for the first time.

This is a fabulous film about the rise of James Brown. The film actually explains the music, its roots and leaves you wondering where the hell all that talent came from. The best musicians of his time stuck it out with "the hardest-working brutal dictator in rock n roll". Must have had a reason. Alex Gibney and Mick Jagger have given us a jewel and the key to the James Brown mystery. Mick Jagger admits he "stole everything he could" from Brown's stage presence and audience rapport. Documentaries don't come any more entertaining than this. (Amazon)

Very insightful and touching in parts, but packed with energy. Mr. Dynamite is a fitting reminder of the singer's power and influence; the story of an artist whose rise mirrored the journey of black America from segregation to success. Fans have a documentary befitting the "Godfather of Soul." .

Posted by Butterboy at 4:20 PM