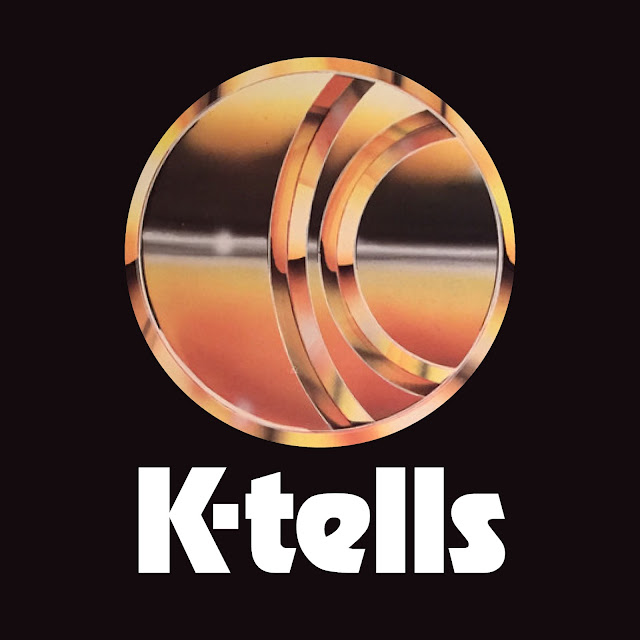 When I first met K he contacted me through my blog email and shared with me an astonishing amount of music compilations he had pulled together. I consider these of a very high standard , just like his Power Pop compilation posted in January. His generosity has allowed me to reevaluate some music of my past and the connect with my own K-tel experience of which I have many hits compilations on the Australian version label.

I suggested that I wanted to share some of his great compilations and he has generously collaborated with me to share the K-tel albums we all know.

What is different with K's productions packages is that he has updated versions of these albums with some added bonus tracks that only add value to the listening experience. In most cases these  albums are based on UK versions but also include tracks form other countries versions. At times the track lists were very different to the UK version. So the listening experience is something to value for a long time.  K  has painstakingly compiled the albums to a very  high standard that clearly shows his respect and love for the music contained on each album.

These K tells series will be presented weekly and with appropriate information about each album shared. I am excited to be able to host these great albums and memories. Thank you K for your clear passion and love of music.

The first Set of albums will be posted today.

Like many who grew up in the 70's and 80's, K-tel, Ronco and Arcade compilation albums were very much a staple in my record collection.  20 hit tracks for a little more than the cost of a couple of singles, they always seemed like great value for a little pocket money. Many hit the number 1 spot in the UK charts, often completely outselling major name artists.

For instance: 20 Dynamic Hits is a compilation album released on vinyl by K-tel in 1972. It reached number 1 in the UK and was the first album put together specifically for telemarketing in that country.   At a time when various artists compilations were eligible for inclusion on the UK's Official Album Chart, this was the biggest selling album of 1972.

The company built the business of releasing compilation albums that combined material from a number of popular artists onto a single theme album using the tag line "20 Original Hits! 20 Original Stars!". The company negotiated directly with artists and labels for the rights to reproduce their original recordings, in the process also securing a long-term asset through adding those recordings to their catalogue.

Canadian Philip Kives began K-tel in the 1960's, and his biggest selling product was the Miracle Brush, which sold 28 million in the late 1960's. In 1966, K-tel released its first compilation album, 25 Country Hits. It quickly sold out and prompted the follow-up, 25 Polka Greats. This one sold 1.5 million copies in the United States alone. The hits kept coming and included the Super Hits series, the Dynamic Hits series and the Number One Hits series. K-tel assembled the greatest hits from the latest, greatest artists in one single package. There were even thematic compilations like Goofy Greats, Super Bad, Super Bad Is Back, Souled Out, Summer Cruisin’ and a 1950's look-back, Rock ’n’ Roll Show. K-tel grew exponentially in the 1970's and by the early 1980's, the company had sold more than half a billion albums worldwide.

These albums for me, as I'm sure for others, hold very dear memories, and for many were the very first albums they ever bought.

I decided to compile many of these albums from scratch using the very latest and highest quality CD digital remasters from the original master tapes (rather than ripping from the original vinyl), as these classic compilation albums from K-tel, Ronco, Arcade, etc. were very badly mastered with poor sound quality along with many tracks being severely edited due to vinyl time constraints in order to squeeze on as many tracks per side as possible.

I've made absolutely sure through exhaustive research to use all the original complete 7" 45 single versions (which were originally used on the albums, but cut short), from my own extensive collection, so as to make these compilations completely authentic and true to the originals, along with the best sounding audio quality possible.  I spent a considerable amount of time fine tuning, editing and adjusting the levels to be consistent across each album.

What makes these albums most interesting is that each one contains, even to this day, a few extremely rare, obscure and hard to find tracks.  Not one of these compilation albums has ever been officially released on CD.

Hope they bring back many happy memories.

Hang in there and look out for the new series K Tells.... you wont be disappointed.

Posted by Butterboy at 6:43 AM