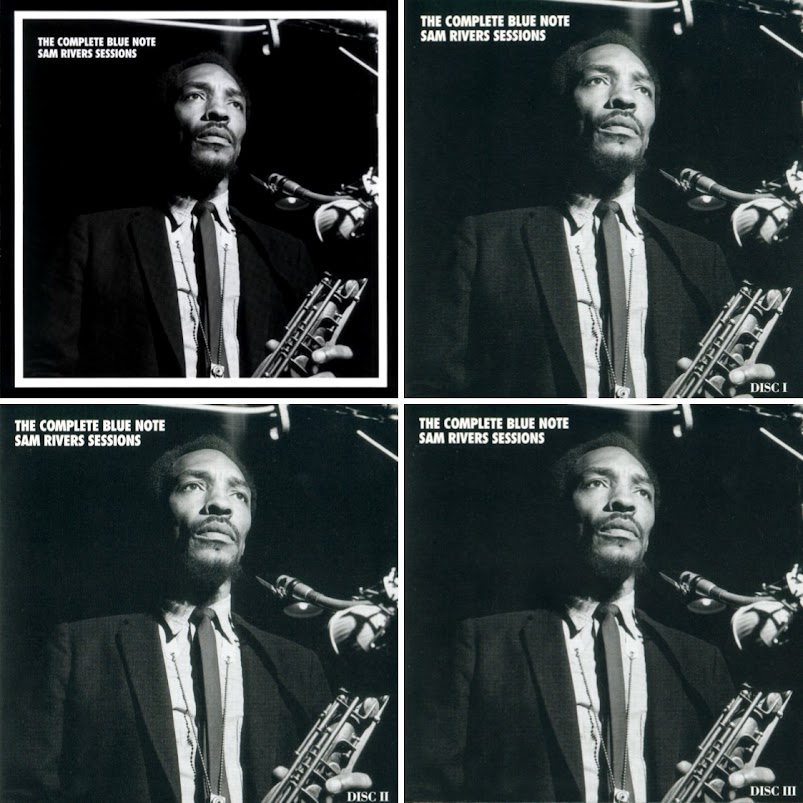 Samuel Carthorne Rivers (September 25, 1923 - December 26, 2011) was an American jazz musician and composer. Though most famously a tenor saxophonist, he also performed on soprano saxophone, bass clarinet, flute, harmonica, piano and viola.  Active in jazz since the early 1950s, he earned wider attention during the mid-1960s spread of free jazz. With a thorough command of music theory, orchestration and composition, Rivers was an influential and prominent artist in jazz music.

From the time of his first Blue Note recording in 1964 to his final session for the label in 1967, Sam Rivers made stunning progress as an avant-garde innovator. Starting with an inside/outside hard bop foundation, Rivers quickly took his music as far out as he could while maintaining a recognizable structure; his work fearlessly explored wildly dissonant harmonies and atonality, dense group interaction, cerebral rumination, and passionately intense, free-leaning solos. The Complete Blue Note Sam Rivers Sessions traces that development chronologically (and flawlessly) over the course of three discs, including the entirety of his four albums as a leader: the relatively straightforward Fuschia Swing Song [sic], the avant-bop masterpiece Contours, the radical standards album A New Conception, and the galvanizing, brilliant avant-garde classic Dimensions and Extensions (which also comprised Rivers' half of the split double-LP Involution with Andrew Hill). Five alternate takes are also added to the program, including three of "Downstairs Blues Upstairs." What amazes just as much as Rivers' imaginative originality is how consistently rewarding all three discs are. Rivers may not be quite as much a household name as some of his equally forward-thinking peers, but any jazz fan remotely interested in the avant-garde should know that this set constitutes some of the finest avant-garde jazz Blue Note ever released -- the music here should be considered a cornerstone of any self-respecting avant-garde collection. [As of early 2002, the set was very close to going out of print, a real shame since at the time it was the only form in which any of Rivers' Blue Note recordings were available.] (AllMusic review by Steve Huey)