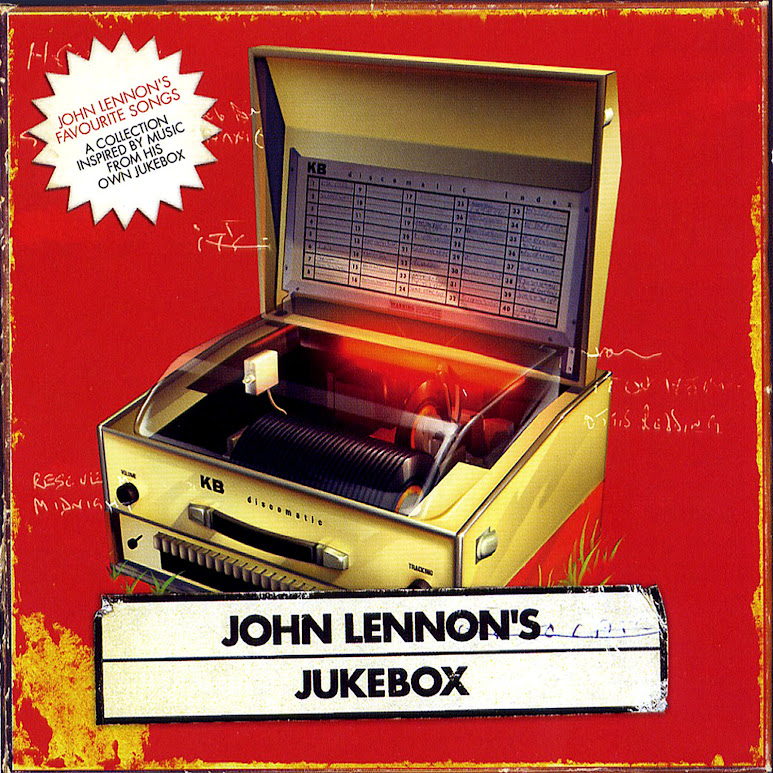 John Lennon's jukebox is a KB Discomatic jukebox made in the UK using a Swiss-made mechanism which Lennon bought in 1965. Lennon filled it with forty singles to accompany him on tour. John Lennon's Jukebox also refers to the compilation CD album closely based on the jukebox's musical contents.

The jukebox surfaced in an auction of Beatles memorabilia at Christie's and was sold for £2,500 ($4,907) to Bristol-based music promoter John Midwinter. Midwinter spent several years restoring the box and researching the discs, which had been catalogued in Lennon's handwriting. As Midwinter's health began to deteriorate, he became anxious that a story of the jukebox and its music should feature in a documentary. Eventually, The South Bank Show broadcast a documentary on the jukebox in 2004 in which many of the represented artists, along with Sting, were interviewed. The project (which was commissioned only a few days after Midwinter died) was developed by Steve Day for the British television production company Initial, headed by Malcolm Gerrie, and commissioned by Melvyn Bragg.

The 2004 compilation album named John Lennon's Jukebox contains thirty-four of the singles' A-sides and seven of their B-sides. The album contains several songs that are believed to be part of John Lennon's original choice. The album is subtitled "a collection inspired by music from his own collection" and some of the songs on the album are different versions from the ones that could have been included in the jukebox. For instance, the version of "Some Other Guy" by The Big Three is not the one that was in the original jukebox; instead, it is a mid-1970s recording by the same group in the style of the Richie Barrett original (including the use of an electric piano). (Wikipedia)

03 Smokey Robinson & The Miracles The Tracks Of My Tears 2:54

15 James Ray With The Hutch Davie Orchestra If You Gotta Make A Fool Of Somebody 1:56

Posted by Butterboy at 6:29 AM