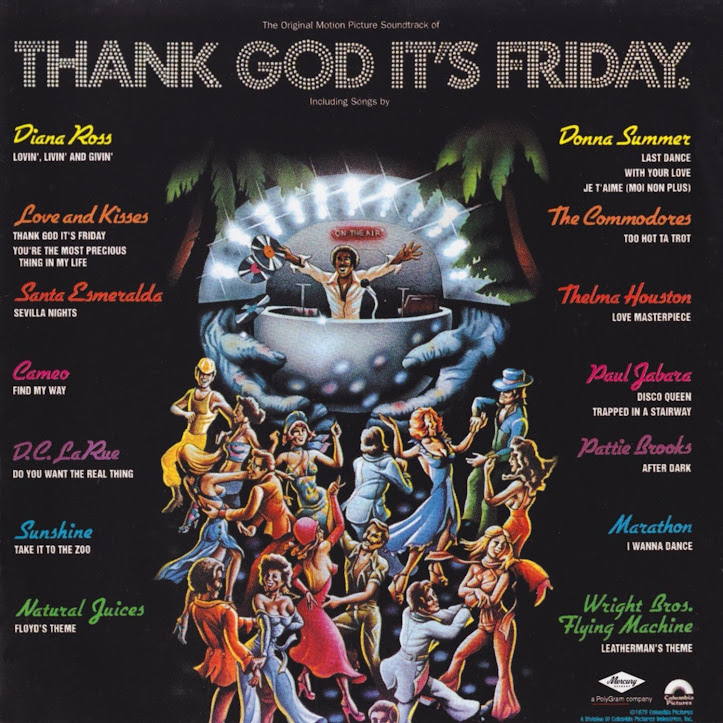 Sure, Thank God It's Friday is widely acknowledged to be a turkey.  But this soundtrack isn't as atrocious as you might expect, especially if you enjoy disco's Euro strain. Unlike Can't Stop the Music and its exclusive Village People focus, there are many artists represented here, ensuring a fair amount of nuggets. The tracks produced by Giorgio Moroder and his acolyte Pete Bellotte are particularly lush in a robotic kind of way. Donna Summer's contributions include the classic "Last Dance" and a pretty fabulous version of Serge Gainsbourg's "Je t'Aime Moi Non Plus" a good 20 years before it was hip to cover him.

I wore my original record album out years ago. I'm glad that I decided to purchase the CD. It brings back memories and gives me a chance to "work out" by practicing the dance routines I used to dance. It isn't like going to the gym, but for me it's better! Great CD. Takes you back to the disco era and this is where the soundtrack was better than the film, absolutely worth a listen.  (Amazon)

03 Love And Kisses You're The Most Precious Thing 7:54

Posted by Butterboy at 7:14 AM