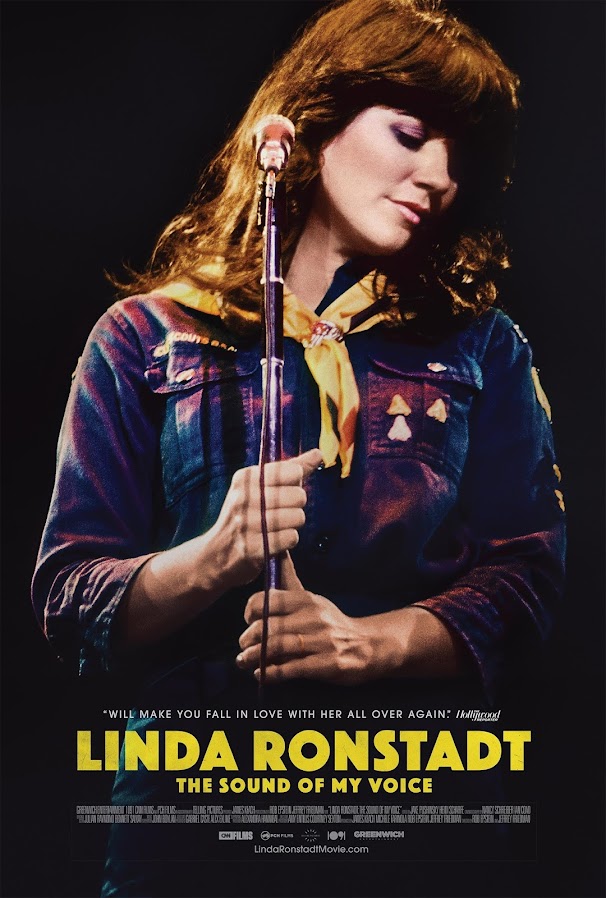 Linda Ronstadt: The Sound of My Voice is a 2019 documentary film about American singer Linda Ronstadt. It was directed by Oscar-winning filmmakers Rob Epstein and Jeffrey Friedman. It features interviews with many of Ronstadt's friends and fellow artists. It had its world premiere at Tribeca Film Festival on April 26, 2019. It won the Audience Award for Best Documentary at the 2019 Provincetown International Film Festival.

While seemingly short at slightly under 100 minutes, Linda Ronstadt - The Sound of My Voice is an absolutely brilliant, uplifting pop music documentary on a woman who defied the historical sexism of the music business and became a shining light for future female artists to follow. Linda Ronstadt is an American treasure, and this movie officially seals that deal for all time. (Amazon)

Posted by Butterboy at 7:34 AM