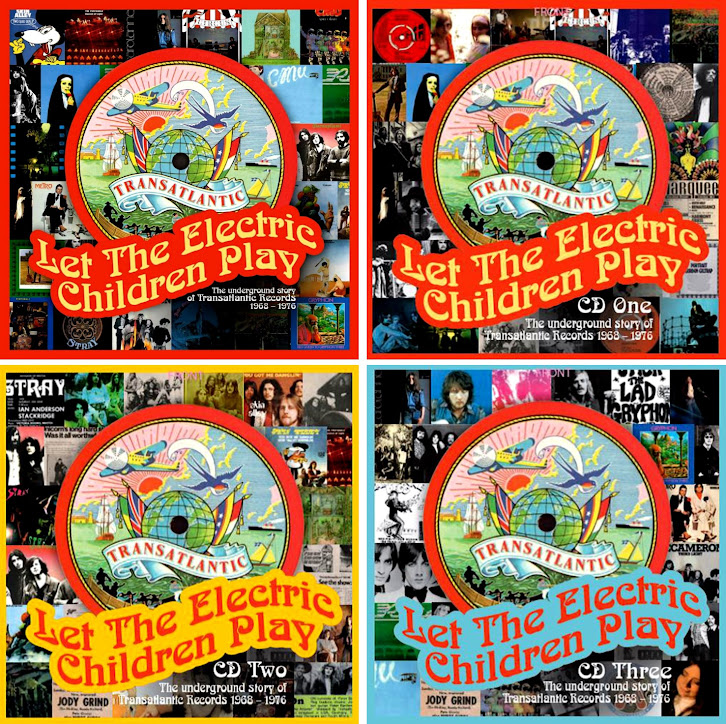 This 3 x CD set from the UK tells the story of the so-called "underground" era of one of Britain's great independent record labels of the 1960's and 1970's, Transatlantic Records.

In the heady atmosphere of the late 1960's, the sea change in British popular music spearheaded by the Beatles experimentation on the Sergeant Pepper album and swiftly followed by the likes of Cream, Pink Floyd, Traffic, Family, Procol Harum, Jethro Tull and a host of groups and musicians who followed in their footsteps led to the album being seen as the medium in which "serious" musicians would explore and develop their craft. The apparently disparate genres of blues, jazz, rock, folk and even world music were fused together by many diverse acts all of whom were eager to be regarded as progressive in their musical approach. The so-called "underground" audience eagerly consumed this music, which sat alongside the social changes that were also taking place. In the UK, the major labels established imprints such as Harvest, Vertigo and Deram to market music to this audience, inspired by the vision of independent labels such as Island Records. Another, smaller British independent label also swiftly tapped in to this new musical movement, Transatlantic Records. This proudly independent imprint, founded in 1961 by Nat Joseph, looked beyond it's initial folk, jazz and blues output to sign a distinctly quirky and diverse roster of "underground" acts. Between 1968 and 1976 Transatlantic explored all aspects of the progressive and "underground" scenes; from the heavy groups such as The Deviants, Jody Grind, Little Free Rock and Stray, to the acts on the fringes of folk and rock such as Pentangle, Mr Fox, Alan Hull, The Humblebums, Gryphon and Carolanne Pegg, to jazz rockers such as Circus and Marsupilami. (Amazon)

Posted by Butterboy at 7:35 AM