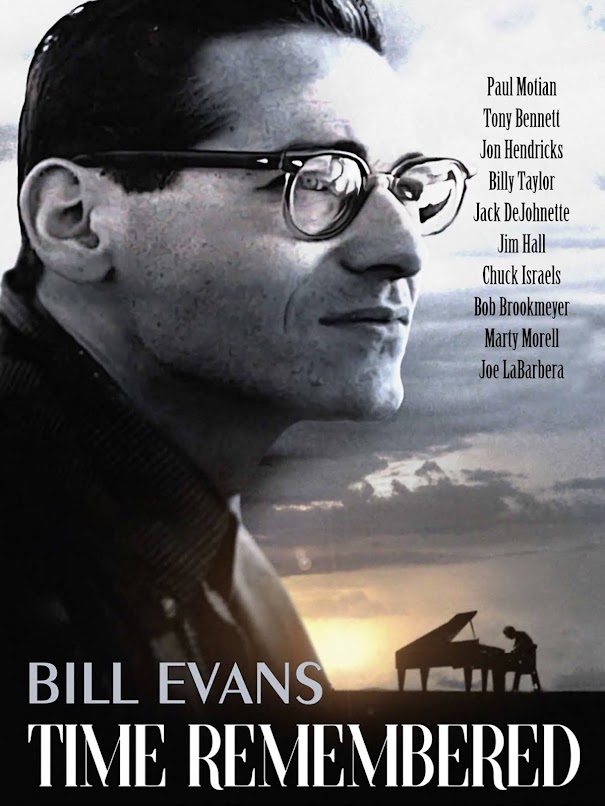 Bill Evans Time Remembered is a 90-minute documentary film, produced by Bruce Spiegel which tells the story of Bill Evans’ life. The film was self-funded by the producer who traveled and interviewed approximately 40 people over a period of seven years. Several well renowned musicians are included in the film including Tony Bennett, Dr. Billy Taylor, singer Jon Hendricks, and jazz pianist Bill Charlap. The film also compiles a wide range of historical information about the jazz pianist including his first TV recording which appeared on CBS Look Up and Live in April 1958, playing Come Rain or Come Shine.

Like so many great jazz musicians, there is a lot of mystery surrounding the person Bill Evans. Who was this guy? What were his early influences? Bruce Spiegel does an excellent job of unraveling the mystery by interviewing some 40 people. And at the same time, the film remains true to the music throughout. As Spiegel has pointed out, it was his interview with Paul Motian that compelled him to make the film. Motian opened up in a way – wanting to tell so much about Bill Evans. Likewise, so many people were more than happy to tell their stories – such as Connie Atkinson, Bill’s closet friend during college or Bill Zavatsky, a poet in New York City who interviewed Bill several times for a book which was never released. Some of his audio notes were used in the film.

This film ranks with the best jazz documentaries.

Posted by Butterboy at 6:56 AM