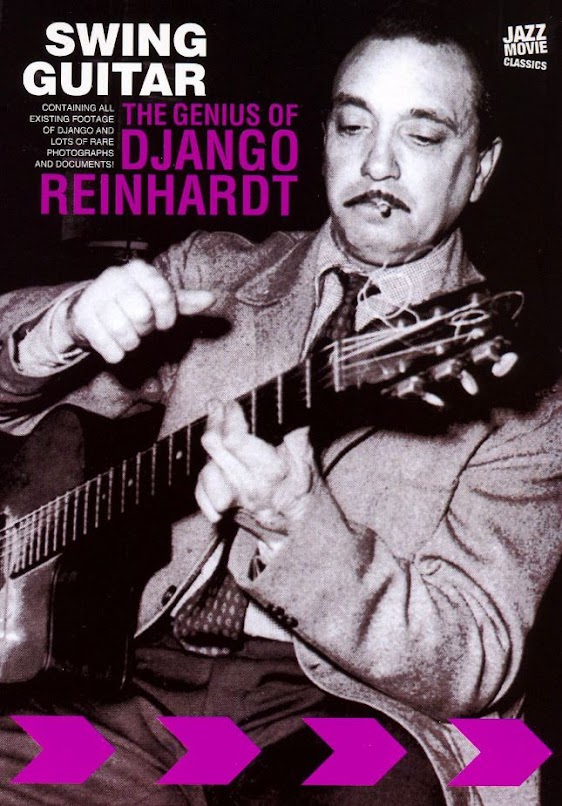 Jean Reinhardt (23 January 1910 – 16 May 1953), known to all by his Romani nickname Django, was a Belgian-born Romani-French jazz guitarist and composer. He was the first major jazz talent to emerge from Europe and remains the most significant. With violinist Stéphane Grappelli, Reinhardt formed the Paris-based Quintette du Hot Club de France in 1934. The group was among the first to play jazz that featured the guitar as a lead instrument. Reinhardt recorded in France with many visiting American musicians, including Coleman Hawkins and Benny Carter, and briefly toured the United States with Duke Ellington's orchestra in 1946. He died suddenly of a stroke at the age of 43.  Jazz guitarist Frank Vignola claims that nearly every major popular-music guitarist in the world has been influenced by Reinhard (Wikipedia)

This documnetary covers his life from his early years to his sudden death in 1953.   While discussing the most important aspects of his personality and   presenting with great insight his great success with the Quintet of the Hot Club de France (featuring Stephane Grappelly), his experiences during the   Second World War and his trip to America to join Duke Ellington in 1946. It   also contains all of the klnown footage of Django, and lots of rare   photographs and documents, including some of his scarce handwritten letters and many of the paintings he made during his final years. The soundtrack   comprises some of Django’s most remarkable performances and compositions which are also included in complete form as audio bonus tracks.  Bonus video tracks: The complete short   “Le Jazz Hot” (1938), the only existing film of the Quintet of the Hot Club de France. “Gregor et ses Gregorians,” a rare 1930's short film featuring Stephane Grappelly. (Amazon)

Posted by Butterboy at 8:39 AM